Having your driver’s license suspended can be a pretty impactful penalty for any driver. Depending on the specific circumstances of your offense and your criminal record, your license could be suspended or revoked for a minimum of six months.

To retain or regain your driving privileges, including avoiding losing your driving license, you need a seasoned lawyer by your side to help you maneuver the court procedure more seamlessly. Criminal defense lawyers can also come in handy if you are busted of driving with a suspended driving license, which is a serious criminal offense in Florida.

Refusal to take a breath test

In Florida, you are quite within your rights to refuse to take a chemical test at a traffic stop, but there are consequences for your lack of compliance. If a police officer has probable cause to pull you over for suspected DUI, you may be prosecuted for it. On the upside, refusal to comply may lead to total lack of evidence to convict you.

If you fail to take a breath test as a Floridian driver and the police officer is able to prove they had probable cause to suspect you of drunk-driving, your license will be suspended for one year. Second-time offenders may receive a suspension of 18 months. Your suspension period for first and subsequent offenders starts 10 days after the arrest.

Your DUI lawyer may help you curb the prospect having your license suspended or revoked, especially if you believe they had no probable cause to suspect a drunk-driving case.

Exceeding the legal limit in Florida

If you agree to take a breath test, you risk receiving a license suspension of up to six months if your blood alcohol content reading is 0.8 percent or more. The suspension, similar to that of failing to submit to a chemical test, takes effect ten days after the arrest and doesn’t have an effect on associated criminal charges. For instance, your lawyer defeating the administrative suspension doesn’t save you from a criminal revocation following a DUI conviction.

After your driver’s license is suspended, you have at most 10 days to request a DMV hearing. These hearings are typically complicated, so it would be wise to have a DUI lawyer by your side to guide you through the process.

Some DUI offenses may result in permanent revocation of your driver’s license. Examples include when you get a fourth DUI conviction or if you are found to have drunkenly caused a motor accident that lead to serious bodily injuries or even death.

Previous « When the couple agree for separation, then deed would suffice
Next What Is an ATO Objection Form? » 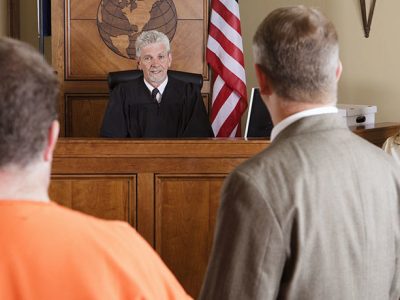 Divorce Mediation or Divorce Litigation – That Will Work Good for you?

What on the planet may be the Loa?