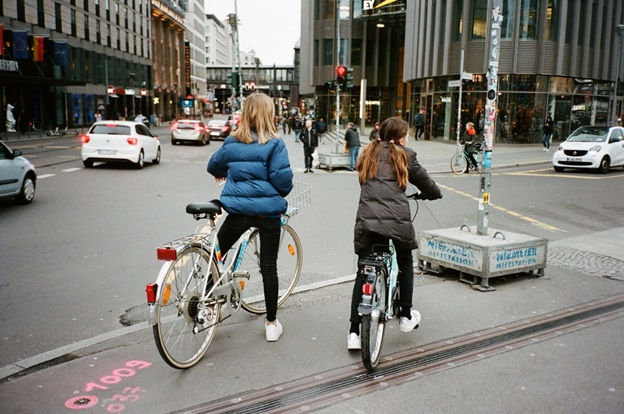 It does not take a background in physics to know that a bike rider is at extreme risk of being injured or killed in a bicycle accident, considering the faster, heavier vehicles surrounding them. However, statistics compiled by the Maryland Department of Transportation (MD DOT) are still disturbing. More than 82% of all crashes involving bikes lead to at least one death or injured victim. To put things into perspective, only 30% of collisions in Maryland lead to casualties when you look at all traffic-related incidents. A dozen riders are killed and more than 700 are hurt every year in bicycle accidents, typically because of motorist negligence.

Still, it is not just drivers that engage in careless acts. Bicycle riders can also be negligent, which increases the potential for crashes AND affects your rights. Maryland follows the harsh rule of contributory negligence, so taking risks could have unintended consequences. A Glen Burnie bicycle accident lawyer can describe the details, and some basics are helpful.

How Contributory Negligence Works in Maryland

Traffic crash claims are typically based upon the theory of negligence for purposes of liability. You must prove that the at-fault motorist failed to exercise reasonable care behind the wheel, and this misconduct was the direct cause of the crash.

Contributory negligence laws essentially turn the tables, focusing on the victim’s actions in causing the collision. In Maryland, the rule prevents you from recovering any compensation if you also breached the duty to exercise reasonable care when operating a bicycle.

Some examples of bike rider negligence include:

If you engaged in these acts or otherwise failed to protect your safety, the driver’s fault is irrelevant. You are barred from obtaining monetary damages under the contributory negligence law.

The above information might seem disappointing, but keep in mind that fault can be blurry in a bike collision claim. From the perspective of the at-fault motorist’s insurer, there is a considerable risk in going to trial. The company might be more amenable to settlement rather than face a potential loss in court. In this sense, the contributory fault rule could be viewed as an advantage in facilitating settlement.

A Baltimore County, MD Bicycle Accident Attorney Will Fight for You

Contributory negligence is a harsh law, but there may be strategies for overcoming challenges. For more information, please contact Michael A. Freedman to set up a no-cost case review at our offices in Owings Mills or Glen Burnie, MD. You can speak to a member of our team by calling 410.363.6848 or visiting our website.